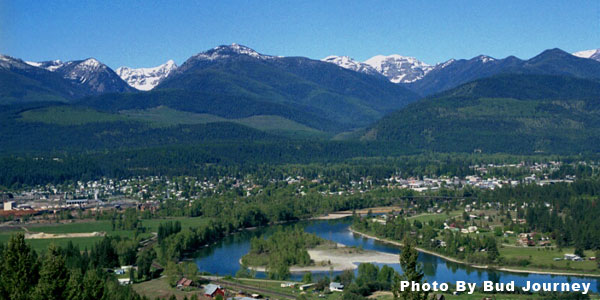 Located in Northwestern Montana where the Cabinet Mountains meet the Kootenai River and surrounded by the public lands of the Kootenai National Forest. Libby Montana offers pristine lakes, rivers and mountain trails unencumbered by the crowds of people you would encounter anywhere else in the lower 48 states.

Dedicated on August 24, 1975, Libby Dam spans the Kootenai River 17 miles upstream from the town of Libby, Montana. Libby Dam is 422 feet  tall and 3,055 feet  long. The reservoir behind the dam is Lake Koocanusa; it extends 90 miles upriver from the dam and has a maximum depth of about 370 feet  . Forty-two miles  of Lake Koocanusa are in British Columbia, Canada. Lake Koocanusa was named for the treaty that was developed between the Kootenai Indians, the Canadian government, and the U.S. government to build the Dam and form the reservoir. It is the fourth dam constructed under the Columbia River Treaty. The Kootenai River is the third largest tributary to the Columbia river, contributing almost 20% of the total water in the lower Columbia. Libby Dam holds back an average of 5,800,000 acre feet  of water. The lake is an excellent fishery and floating the Kootenai is worth the ride as well.

Check out the weather while your here.